Vitamin B2 in a nutshell:
Vitamin B2 (also called riboflavin) is used to covert Vitamin B6 into its active form as well as an important factor in other vitamins. It is a component of enzymes responsible for DNA repair and removal of damaged cells.  It’s also an antioxidant.

Best source of Vitamin B2 for Juicers
Vitamin B2 can be obtained from collard greens, kale, parsley, spinach, broccoli and beet greens.

What Is Vitamin B2?

Vitamin B2, also known as riboflavin, is a readily absorbed water-soluble micronutrient that is critical to the generation of energy. In foods and supplements, vitamin B2 is resistant to heat but easily destroyed by light.

Vitamin B2 is a nutrient for almost all living things. It is an essential component of two enzyme cofactors, FAD (flavin adenine dinucleotide) and FMN (flavin mononucleotide). In plants, FAD and FMN are critical for photosynthesis. In animals and in people, they are involved in DNA repair, in the process of apoptosis that removes damaged cells, and in chemical reactions involving carbohydrates, fats, proteins, and ketones. Vitamin B2 also acts as an antioxidant.

What Does Vitamin B2 Do in the Human Body?

In human beings, vitamin B2 is essential for converting other vitamins into their useful forms:

If you don't have enough vitamin B2, your body can't use vitamin A, folic acid, or vitamin B6, and it can't make vitamin B3 (niacin). Nor can you body make glutathione reductase, which protects red blood cells from the effects of free radicals of oxygen and high blood sugar levels.

What Happens When We Don't Get Enough Vitamin B2?

Vitamin B2 deficiency can cause swelling and reddening of the tongue and cracking and blistering on the lips and at the corners of the mouth that are very similar to pellagra. Vitamin B2 deficiency can also cause seborrhea, the accumulation of large amounts of the waxy skin oil known as sebum, especially on the vulva in women and on the scrotum in men. It can cause a low red blood cell count, although the red blood cells will have normal amounts of hemoglobin and will have normal shapes.

In parts of the world where vitamin B2 deficiency is relatively common, women are at high risk of a potentially fatal condition of high blood pressure during pregnancy known as preeclampsia. Both men and women who are deficient in B2 are at unusually high risk of esophageal cancer.

Are You at Risk of Vitamin B2 Deficiency?

Unlike most water-soluble vitamins, vitamin B2 is most abundant not in plant foods but in milk, fish, and meat. In the United Kingdom, for example, most people get about half of their B2 from dairy products. People who do not have access to milk, meat, and fish or who choose not to eat milk, meat, and fish are at the greatest risk for developing a vitamin B2 deficiency. Vitamin B2 deficiency can also occur in people who are lactose intolerance.

Hypothyroidism and adrenal insufficiency can interfere with the body's ability to use vitamin B2. People who are physically active need more vitamin B2, although taking supplemental vitamin B2 will not necessary increase physical endurance.

There are also several drugs that interfere with the body's ability to use vitamin B2:

How Much Vitamin B2 Is Enough?

The Institute of Medicine has set recommended daily allowances (RDAs) of vitamin B2 as follows:

Most people in the US, UK, Canada, Australia, New Zealand, and Europe get considerably more than the RDA.

How You Can Be Sure You Get Enough Vitamin B2

It's not hard to get enough vitamin B2. A cup of vitamin-fortified cereal contain as much as 2.2 mg of vitamin B2, more than a full day's supply. A glass of milk or a single egg contains about 0.3 mg. A handful of almonds or a serving of dark meat chicken or beef contains about 0.2 mg. White bread, because of fortification of flour, usually contains about 30% more vitamin B2 than wheat bread in the United States and Canada.

A serving of vegetables usually contains about 0.1 mg of vitamin B2, although spinach contains about twice that amount. If you do not consume meat or dairy, you need to eat about nine servings of fruits and vegetables every day to be sure you get your vitamin B2.

Just be sure that the food you consume for vitamin B2 is not exposed to sunlight. Just two hours exposure to sun can destroy 50% of the vitamin B2 in a bottle of milk in a clear container.

Using Vitamin B2 to Prevent Migraines

In clinical trials of vitamin B2 for migraines, the best results were obtained in a small group of migraine sufferers who took 400 mg of B2 per day. (This amount of riboflavin will dye the urine neon yellow.) Taking vitamin B2 did not eliminate migraines, but it reduced the number of days per month participants in the study had migraines. A follow-up study found taking just 25 mg of vitamin B2 per day more beneficial than taking magnesium or feverfew supplements, which are more commonly used by migraine sufferers.

Vitamin B2 and Cataracts

Riboflavin is the water-soluble vitamin also known as vitamin B2. It is also identified in the European Union as E101 when it is added to beverages or foods. There is abundant natural riboflavin in juices made from green leafy vegetables, but the vitamin breaks down when it is exposed to sunlight. Since marketers want to be able both to display a vibrantly green bottled juice and to claim vitamin content for the beverage, they often add vitamin B2. In North America they may not have to disclose that they added the vitamin, and in the European Union there will be just a mention of “E101” on the label.

Vitamins are vital, so what could possibly go wrong by adding vitamin B2? The issue with added vitamin B2 is that it is usually made through genetic engineering. The probiotic bacterium Bacillus subtilis is genetically modified so that it produces large amounts of B2. The bacteria are grown in tanks and then harvested for extraction of the vitamin. Many nutritional supplements and even medications such as insulin are manufactured by a similar process.

And do you really need to buy pasteurized and bottled green juices when they are fresher and tastier made at home? It costs a little more up front, but a macerating juicer will give your green juices that have all their natural vitamin content because you make them fresh and drink them fresh. Don't drink juice that sits on a shelf for months and has to have its vitamins added back in. Drink fresh juice and get safe and natural vitamins including B2. 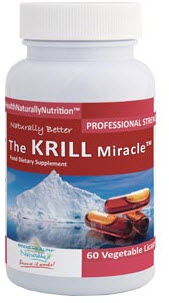